Jordan Peele's "Get Out" Political Horror, Edited by Dawn Keetley 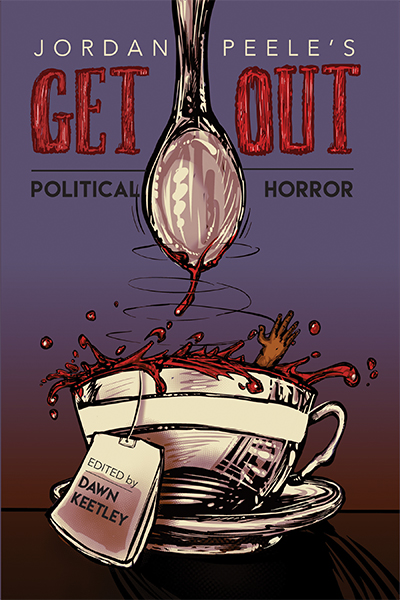 Jordan Peele's "Get Out" Political Horror, Edited by Dawn Keetley

“The book provides a comprehensive analysis and a framework for understanding Get Out. Just when I thought, ‘Okay, we’ve now seen every way we could approach this film,’ the next essay would reframe it in a new way that made me think and then rethink.” —Kevin J. Wetmore Jr.

“I find many of the chapters highly enlightening and compelling. They offer insight into the film as well as American sociopolitical culture in general.” —Maisha Wester

Jordan Peele’s Get Out: Political Horror is a collection of sixteen essays devoted to exploring Get Out’s roots in the horror tradition and its complex and timely commentary on twenty-first-century US race relations. The first section, “The Politics of Horror,” traces the influence of the gothic and horror tradition on Peele’s film, from Shakespeare’s Othello, through the female gothic and Ira Levin’s Rosemary’s Baby and The Stepford Wives, to the modern horror film, including the zombie, rural, suburban, and body-swap subgenres of horror. The second section, “The Horror of Politics,” takes up Get Out’s varied political interventions—notably its portrayal of the continuation of slavery and the deformation of the black body and mind in white, so-called progressive America. Contributors address Peele’s film alongside African American figures such as Nat Turner, W. E. B. Du Bois, and James Baldwin. Taken together, the essays illuminate how Get Out stands as both a groundbreaking intervention in the horror tradition as well as a devastating unmasking of racism in the contemporary United States.